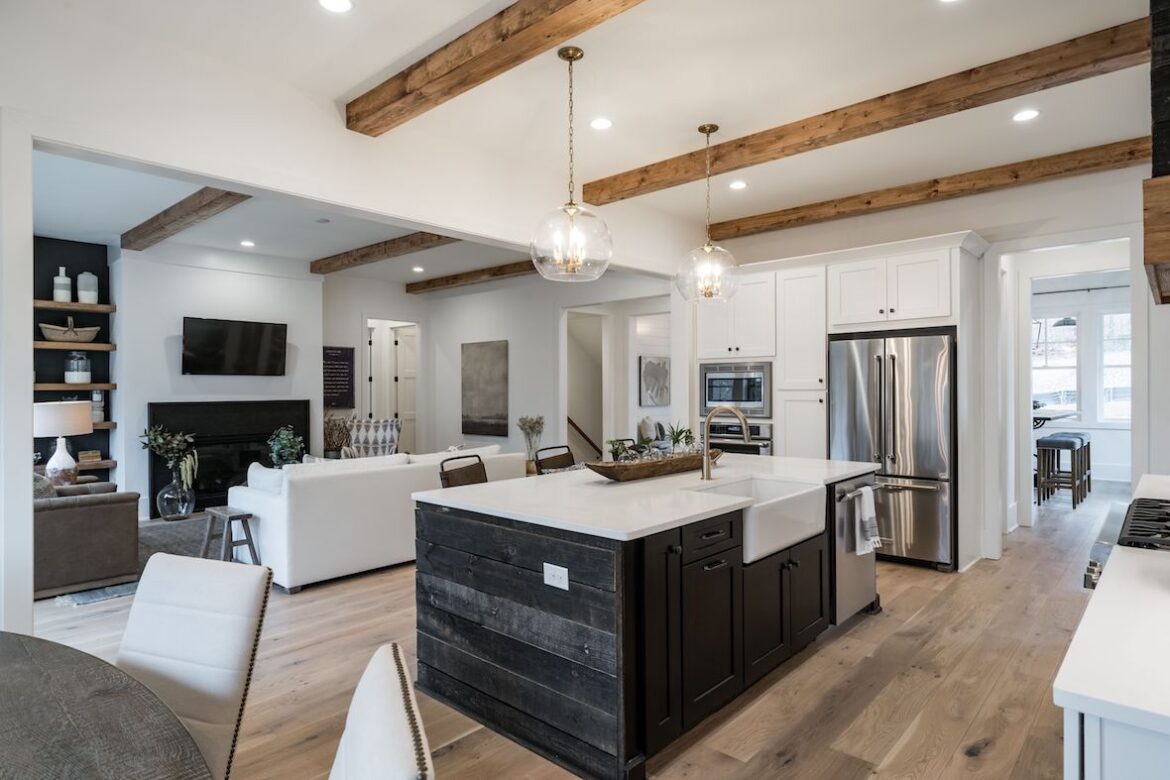 Waste not, want not, they say. And when it comes to home design, breathing new life into previously used materials or items is not only fun and stylish but also eco-friendly. Certainly, everything from barnwood to upcycled industrial materials are all the rage in interior design but for our Brightwater team Sweet Apple presented one of our most unique opportunities yet to repurpose materials into one-of-a-kind designer features with spectacular – and sustainable-friendly – results.

In addition to all of its natural treasures, the property that would become Sweet Apple came with a few other hidden gems. One of those was the rugged plank fencing running throughout the property. Plans for Sweet Apple meant the fencing would have to go, but its beautifully weathered boards seemed to capture the history and magic of the place itself. That’s exactly what every home design at Sweet Apple is crafted to celebrate, so it seemed only fitting that the fencing materials become a part of the neighborhood’s next chapter. Rather than a dumpster, the fencing planks instead became inspiration for the team’s creativity as it found its way into custom designer features inside the homes at Sweet Apple. In fact, it often became a design highlight like this custom-built vent hood and wood-wrapped island – without a doubt the show-stopping centerpieces of the room.

More than just splashy designer features though, the inspiration to embrace and celebrate some old fencing planks perfectly captures the ethos of the Brightwater team. It’s about beautiful, thoughtful and responsible work, deeply rooted in place acting to celebrate and steward the community of which it is a part. Like any repurposed material at its best, Sweet Apple’s upcycled fencing created special touches for its homes that are not only smart and stylish but also preserve a one-of-a-kind glimpse of the beloved history and authentic legacy of Sweet Apple.