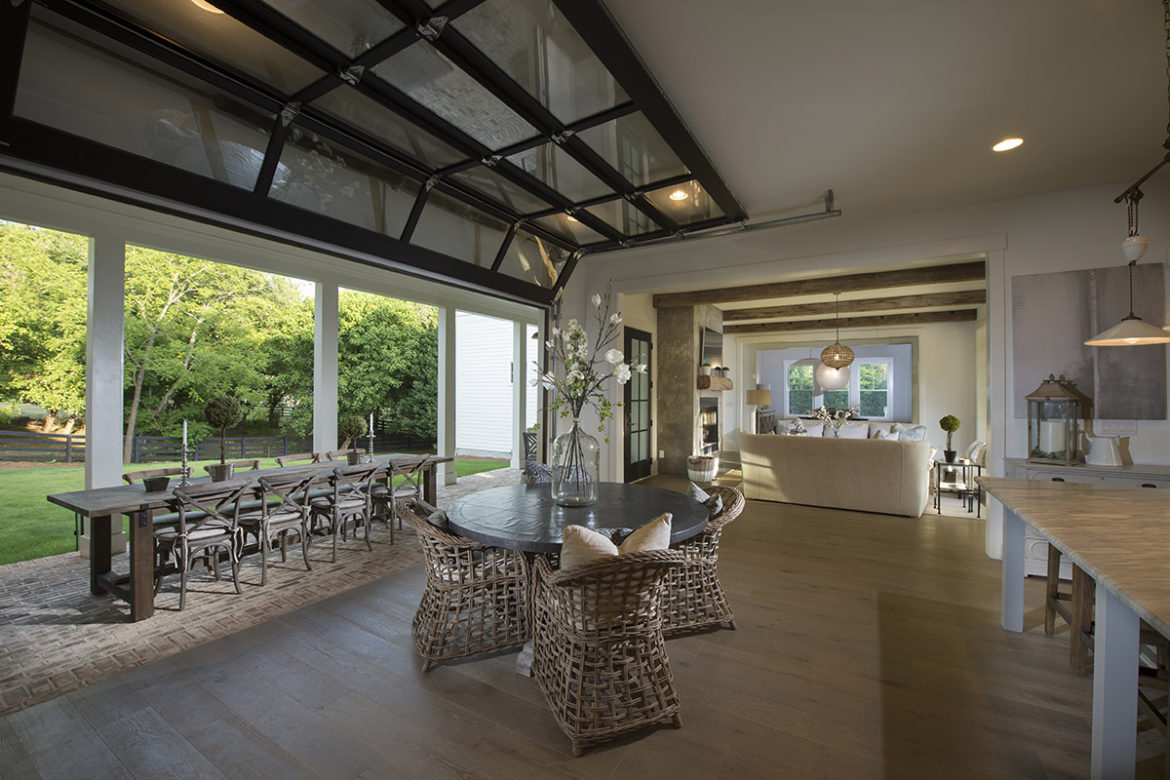 November 2016 – Brightwater Homes is proud to announce that the Yonson Residence in Milton, GA – a stunning modern farmhouse-inspired custom design-build – has been honored by the Atlanta Chapter of the American Institute of Architects (AIA) as winner of the 2016 Residential Design Award of Honor for Single Family Traditional Design. The award was presented November 17 at AIA Atlanta’s Build Something Great awards celebration hosted at Summerour Studio in Atlanta and was accepted by Brightwater architect, Sam Boyd on the team’s behalf. The awards jury noted the home’s masterful balance of essential farmhouse style with modern industrial edge – seamlessly blended to respect the traditional vernacular and pastoral horse farm setting while creating a truly one-of-a-kind design.

Look Inside the Yonson Residence in Our Gallery Here >

Nestled on 2.25 acres in the pastoral landscape of Milton, Georgia, the Yonson Residence is a true modern farmhouse. The 4652 square foot residence sits back more than 250 feet from the road and is approached by a shared gravel driveway surrounded by traditional four-rail fencing. A mixture of exterior materials gives the main house definition and depth – lending the new construction the established feel of a structure built over time and denoting the living and working areas of the home. Traditional wide porches and a u-shaped plan design facilitate the owner’s desire for indoor and outdoor living connections in spectacular style, creating a large and private central courtyard in the rear which opens freely into the home.
Perhaps the most dramatic creative execution came in the use of a glass garage door along the rear wall of the kitchen and eating area. Carefully designed and placed, even so as to not block recessed lighting when rolled up, the door opens the entire space to the covered porch dining area and rear courtyard just beyond for a grand, open-air pavilion feel throughout the main level. Natural light also floods the interior from a multitude of large, thoughtfully placed windows including along the wide stairwell and, perhaps most notably, along the sweeping upstairs gallery – intentionally conceived as a bright, airy alternative to a traditional hallway. The interior’s open spaces are finished in an eclectic yet intentional marriage of rustic farmhouse – in reclaimed beams and white shiplap – with modern and industrial aesthetics – in concrete plaster and metal fixtures – for a compelling modern interpretation of farmhouse life. Inside and out, the home achieves the feel of having evolved over time, honoring both the owner’s personal style and the best of the pastoral surroundings, and architectural tradition, from which it rose.